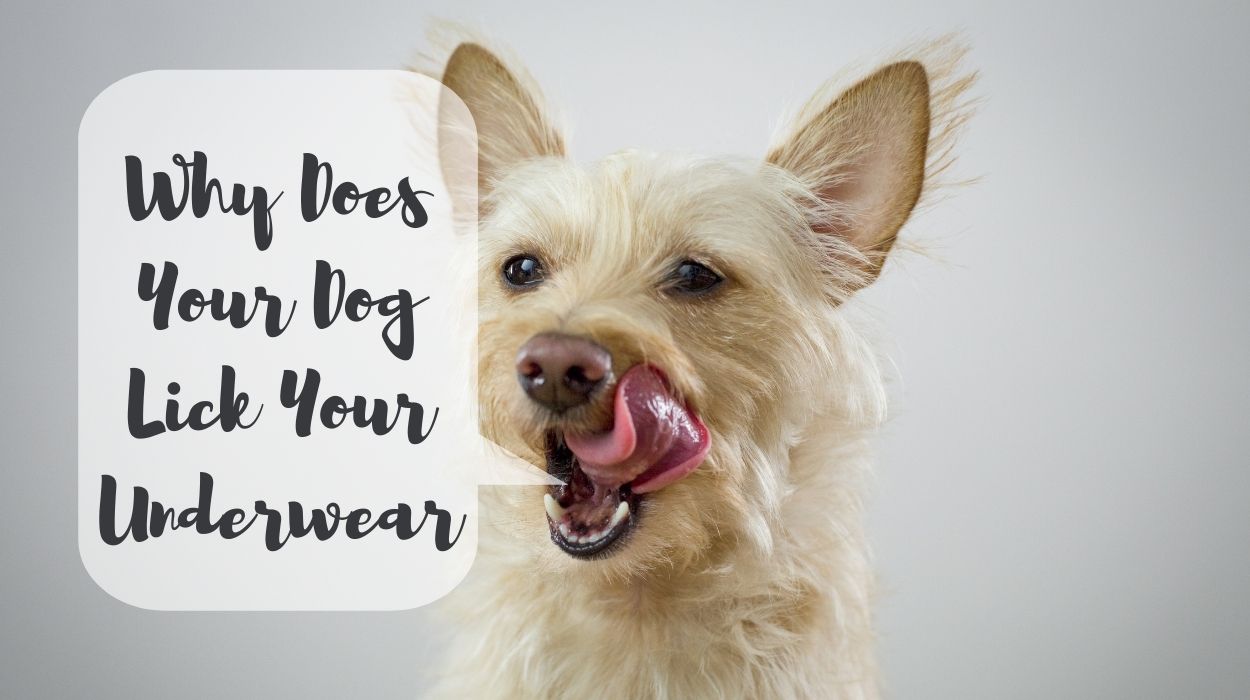 Dogs are known for their love of licking. Petting them makes them lick your face, searching for food makes them lick the floor, and when they are hot or bothered, they lick themselves. But what about when they start licking your underwear?

It may seem like this is just a weird, quirky thing that dogs do, but it’s actually more common than you think. In this article, we will discuss some possible reasons why your dog might be licking your underwear. And how to stop it if the behavior bothers you. 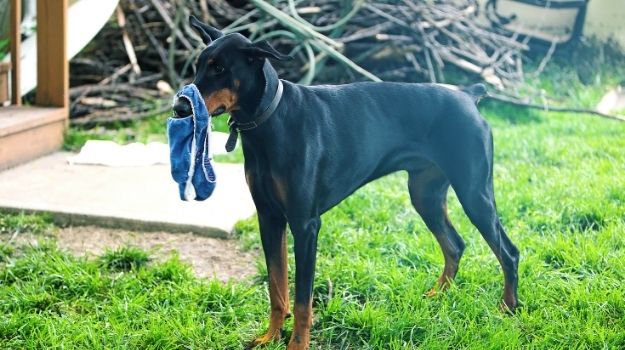 Dogs do a lot of communication via scent. They get a lot of helpful information about their humans and surroundings by sniffing out the scent. I’m not sure if you realized this yet, but your dog does it. Your dog licks your underwear, and the weird thing is, you don’t know why.

It can be a bit unsettling not knowing what it is they find so appealing, so we’ve put together some info on why dogs lick underwear. 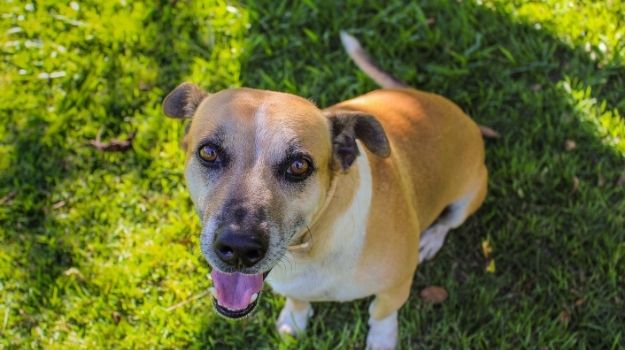 If your dog is bored and looking for attention, he might try to do something naughtier that will grab your attention. Additionally, if you are not petting them enough or spending less time with them, they will crave your attention, resulting in such activities.

According to some studies, licking is one of several behaviors dogs exhibit when seeking attention from their owners. It likes the same things as other behaviors like scratching, chewing, barking, and eating.

The best thing you can do is to spend some quality time with your dog regularly before the situation worsens so that they won’t have to do such things to gain your attention.

If you are a dog parent, you must be very well aware of the fact that your dog’s nose is the best smell detector in your house. So, when they sniff your undies, they find it familiar as it reminds them of you, and that’s why certain times they lick it. 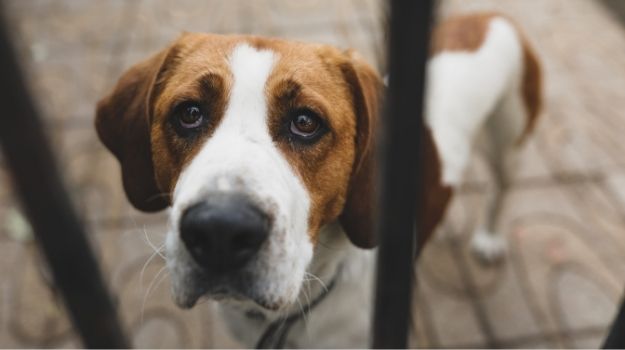 Anxiety issues like separation anxiety are common in dogs when you are absent for a long time. Your laundry can provide dogs with relief from anxiety. As a result, your dog chews or licks your clothes, including your underwear.

Another factor that contributes to their anxiety could be unfamiliar surroundings. As a result, they try to find comfort in something familiar, such as your clothes. Additionally, if they are stressed out for some reason that you are unaware of, then they may act in this way.

PICA is a medical condition that causes abnormal eating habits. If your dog is suffering from PICA, they might try to eat non-food items that could be harmful to their health. Hence, if your dog is licking your underwear, observe their behavior carefully. If they are chewing the underwear and other non-food items, contact the Vet immediately as your dog might be suffering from nutritional deficiencies.

Whether it is your furniture or your socks, dogs have a habit of playing with almost anything. Sometimes they mistakenly consider your underwear a toy and start playing with it, and in a matter of time, they are grabbing the underwear in their mouth, licking and chewing.

Most undies have elastic waistbands, which is another reason why your dog might consider them as a toy. Similarly, your undies already have your scent, which assures your dog that it is safe to play with.

Canine Compulsive Disorder is the OCD equivalent found in dogs. It’s a condition where dogs repeat certain actions repetitively and excessively. Excessive licking is one such example. Conclusive reasons are yet to be found, but most studies suggest that behavioral or medical reasons cause CCD among dogs.

If your dog is suffering from excessive licking or other such extreme habits, you should consider taking him to the vet immediately.

How Do I Stop My Dog From Licking My Undies?

There are a bunch of easy fixes that will help you to solve the problem. The best one being is to keep your dirty laundry away from the dog. However, you can’t keep an eye on your dog all day long; hence you can try some of the below-given solutions to prevent your dog from licking your underwear.

2. Grab Their Attention With A Toy Or Treat 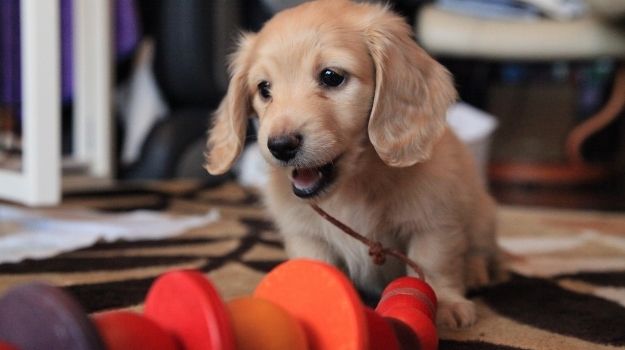 If your dog is licking and chewing your undies, then you can discourage that behavior by giving them a chewable toy as an alternative. When puppies are teething, they want to chew onto anything with their growing gums. Hence, you will distract them from licking the undergarment by giving them a toy.

You can also opt for giving them a treat for not chewing the undies. Treats hugely affect your dog’s behavior. Hence you can use it as a positive reinforcement whenever your dog avoids licking your undies.

Just because they can’t speak, it doesn’t mean dogs don’t get bored. As we have discussed above, boredom is one of the possible causes of your dog licking your underwear. So what can you do? The answer is simple, don’t let them get bored.

Spend quality time with them by doing exercises with them, playing with them, talking, and even watching TV with them at times. You can also take him on long walks and allow him to sniff thoroughly so that they don’t feel the need to sniff and lick your undies. 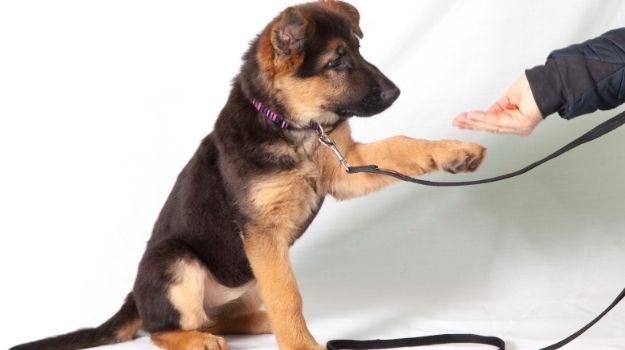 Another successful way to prevent your dog from licking your undies is to train them accordingly. During their dog training, make it very clear that licking non-food items is bad. However, avoid giving punishments when they do it anyway. Instead, focus on positive reinforcements such as treats or petting them whenever they don’t kick undies or drop them immediately when asked.

If your dog keeps licking your underwear even after continuous training and lectures, you can opt for this solution. Anti-licking and chewing sprays are available in the market that you can spray on your dirty laundry. Whenever your dog licks the underwear, the taste of spray will discourage them from licking it in the future.

Do keep in mind while using an anti-licking spray that the contents of the spray should be dog friendly. Also, consider any allergies your dog has before using such sprays. 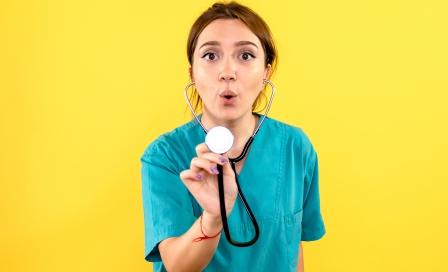 You should consider visiting the vet if you cannot prevent your dog from licking the underwear. It is possible that your dog might be suffering from some condition such as PICA or CCD, as discussed in the above section.

Visiting the vet is also crucial when your dog has ingested some form of fabric while licking it. Fabrics are harmful to a dog’s stomach, and if you face such a situation, a vet visit should be the best course of action.

1. Why does your dog lick you?

Dogs lick people they like, as it’s a sign of affection. They might also lick you to communicate a want or need or when they are feeling low. Sometimes, they lick you to grab your attention, and other times they are just being mischievous.

There are up to 300 million olfactory receptors in the noses of dogs, compared to about six million in humans. It is estimated that the portion of a dog’s brain that is devoted to analyzing smells is about 40 times greater than ours. Most studies suggest that a dog’s sense of smell is somewhere between 1000 to 10000 times better than humans.

3. What happens when dogs ingest some form of fabric?

If your dog eats a piece of clothing, chances are it will lead to gastric upset, vomiting, diarrhea, and other mild to severe conditions. Hence, it is advisable to prevent them from eating any type of fabric and contact the vet immediately if such a situation arises.

Dogs need to lick their body to keep themselves clean. They do this by licking their paws and then rubbing them against their head and back, for example. This is usually a good thing! However, dogs sometimes lick their owners’ underwear because they enjoy the taste and smell of the perspiration.

If your dog keeps licking your underwear, try investing in some tasty treats to distract them. You can also try putting your undies in a plastic bag that has an unpleasant odor to discourage the behavior. Your dog may find this action more rewarding than licking your undies!