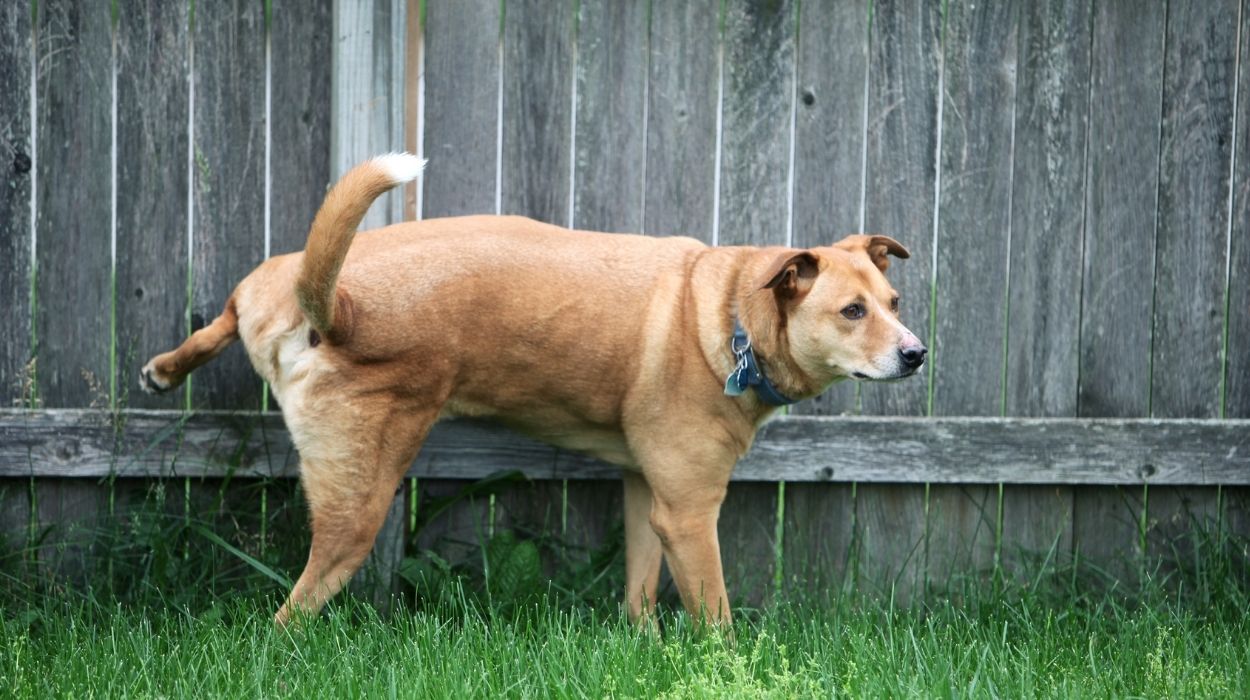 Do you know dogs try to kick grass after defecating because they are trying to claim that piece of land as their property?

There are other reasons also why they attempt to do this because they feel threatened. I know you may find it funny when they do this in front of your eyes. But, there are many hidden meanings. It is a kind of dog communication system.

Please read our article if you are keen to know more about this now!

Is it common for dogs to kick after pooping and peeing? Is this an issue?

The answer to is it okay for your dog to kick the grass once they are done defecating is yes. It is normal and general dog behavior. Some dog behaviorists suggest that it is a kind of dog communication.

When your dog is kicking the grass, he tries to communicate with other animals around him. Now, you must be wondering what the message behind kicking the grass right is? Well, that we will learn in this section.

Well, your dog’s paws have glands that release pheromones. They use these pheromones for social interaction with other animals. Pheromones may not last long, so they use urine or poop to make their message crystal clear to other dogs.

Whenever you smell your dog’s paws, you’ll notice a distinct odor that isn’t always a hint that it’s a call for bathing or grooming your pet.

But, it means that your dog’s paw pads have most certainly been stimulated. It leads to creating pheromones and dispersing their “scent.”

You won’t be able to see this whole process through your eyes.

Kicking is not just limited to the scent but is also related to visual appearance. Dogs try to communicate physically by marking their paws on the ground. The marks explain the dog’s presence to other dogs when the dog is not near that area.

But as per the research of Bekoff, it was established that when there are other dogs around, scratching the ground is highly possible.

The ground-scratching generally occurred after the dog demonstrated raised-leg action, either with peeing or without peeping.

But, as per scientists, it is found that dogs avoid those grounds that the other dogs slash. However, this doesn’t mean it will stop other canines from invading the land.

Is it true that some breeds of dogs are more likely to kick after pooping or peeing than others?

According to Bekoff’s examination, it was found that 9% of both male and female canines are likely to engage in ground scratching behavior.

When a group of dogs fights with other canines who weren’t part of their team, they are likely to scratch the ground more.

There are many research and studies on this. One research by McGuire suggests that senior canines in a shelter have a strong possibility of ground scratching behavior if you compare them with adult and adolescent dogs.

Canines who ground scratch after pooping also attempt to scratch the ground after peeing as well.

Despite that, dogs don’t need to always pee or poo after every attempt. In some cases, dogs can exhibit the same behavior also when they have inhaled the scent of the ground.

Reasons why dogs kick their hind feet after pee and poo

So far, we have explained some of the relations of ground scratching behavior in dogs.

We will be explaining to you in detail why they attempt to exhibit such behavior.

You know dogs’ paws have scent glands that release pheromones. But is the purpose of it? Well, they use these pheromones to mark their territory.

Your domestic dog will not need these scent glands to claim property, but their predecessor used this trick to display their power and to claim their area.

So, when other dogs come to that area and sniff, they get to know some dog owns that area. It is already occupied and not available for them.

It might sound strange, and we humans may not get it, but it is a canine form of communication.

Other messages are also linked to their behavior, as it can also mean a warning sign or an indication that the dog wants to mate.

However, if your dog puffed the ground and began digging even if he knows the land belongs to another dog, it suggests he is attempting to cover the land with his pheromone so that he can call it his own.

It is normal dog behavior. If your pet does this, there is nothing to worry about. If your dog tends to have a dominating nature, he will likely scratch the ground with more passion and aggression.

Social display suggests that ground scratching is used to show when one family of dogs fights against another unfamiliar group of dogs. Within these two groups, more dominating dogs will scratch the ground more.

Other studies suggest that less aggressive dog groups will be sidelined. It could be a defensive mechanism used by dogs to keep other dogs from coming near them.

Following one researcher, this activity was reportedly utilized as a “threats of violence” demonstration against other dogs. As visual marks, scratches were made on the ground.

When urban dogs dig their paws on the hard pavement, these scratches might be challenging to spot.

You don’t need to stop your pet from digging or scratching the ground once they are done pooing. But, if they are digging a lot of marks and spoiling your ground, they will hurt their paws and pain, which is unavoidable, so you must stop them.

Dogs kicking their paws against the ground after defecation can be because they are trying to bury their stool. It is prevalent in dog behavior, and cats also do this.

You must be thinking that your dog is trying to clean his space. Well, no, you are mistaken. Dumping waste is not done for the purpose of cleanliness but rather to disperse the aroma of their poop.

Scrapping soil and concealing is another way to try to pull attention to the poop. And, it’s one of the ways a dog marks its territory once they have defecated.

Although it is very rare, sometimes your fido will try to hide his presence when he buries his poop. It is because he is scared of other canines in his surroundings.

Just like we humans don’t like to soil our feet, some dogs may also feel the same.

So, after defecating, they scratch the ground and try to wipe off the dirt on their paws. It is similar to rubbing their face on the ground when they feel something is on their face.

Hitting the ground can also be a symptom of pain or an attempt to get something away from their paws.

The two reasons above are closely related if it is done right after pooping.

Kicking the ground after defecating is not just limited to dogs, but you can also see this behavior common in wild canids, such as foxes, wolves, jackals, hyenas, wolfs.

Felines also dig the ground after doing their bathroom business. They also do this because they are one of the cleanest critters.

It is very common and most likely to be done because of one primary reason: to hide away from their predators.

There are many reasons why your pet digs the soil after pooping or peeing.

Experts say dogs use their paw pads’ pheromones to diffuse their scent on the ground, which gives the message to other dogs that the dog is near them.

As the smell of pheromones may not linger long, they will also pee on the ground, indicating that it is their place.

If you want to know more reasons for this, then go through this article now.