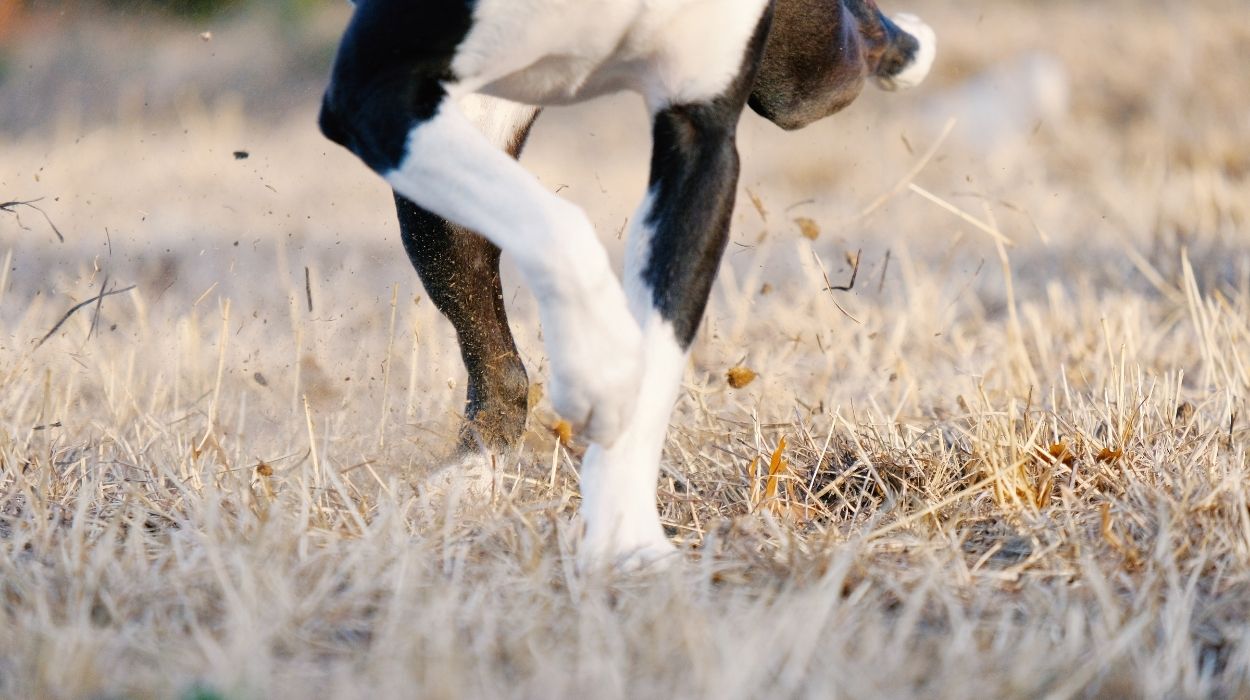 Have you ever observed that your dog tends to kick up grass after they poop or pee? This is similar to other strange habits like eating grass and poop. However, it is common behaviour across all canines, dogs, wolves, and foxes.

As a species, it is an essential part of how they communicate.

It may irritate you because in the process they send dirt spraying everywhere. So, we are going to tell you how you can stop this habit. Apart from this, you may want to know why they do it.

Reasons why they kick up grass after pooping 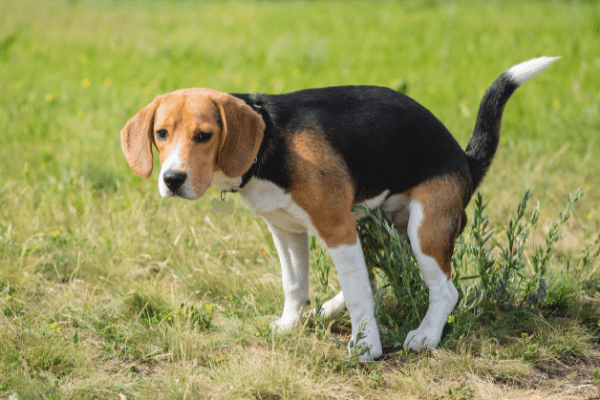 Many may think this is a behavioural problem but it is not. So, don’t be surprised when they kick after they poop pr pee. Now, let’s take a look at the reasons:

Dogs like to kick up the grass after they poop or pee because it is their instinct to do so. It’s a behaviour that dates back to when they lived in the wild.

They might have even used it to fend off predators or canine trespassers coming to their territory.

This habit may seem strange, but this instinct can make your pet happy and satisfied. They are doing this because it’s integrated into their genes. To them, kicking after pooping feels right.

Hence, you should not discourage their kicking habit as it is natural and instinctive.

Dogs like to kick up the grass after they poop or pee because that’s the way to signal other dogs that this domain is theirs. Your dog’s poop, pee and even their paws can indicate the other dogs of the area that they have been there.

A dog’s nose is so powerful that it can collect information by just swiping or sniffing its paws once. So, the next dog that comes to pee or poop will know exactly who has been here.

“Dogs have glands in their paws that release pheromones that trigger social interaction with other dogs. Since these pheromones last longer than the scent of urine or faeces, making them more effective as a tool of communication.”

This is what the American Kennel Club says. The invisible pheromones may also fly through the air when dogs kick the grass.

You must have seen dogs stopping to sniff dog poo in the park. Often, they will stop to sniff the pee and pheromones left by other dogs. This acts as their social media.

They are just letting other dogs know they are in charge. To do that, kicking can occur in the yard, front of the house, on the grounds, and places you frequent. Dogs may also use this to tell other dogs that there is no current threat in the area. It is their way to make the area safer and have control over it.

Some scientists think that dogs do this to convey a visual message to other dogs. They typically score the ground with slashes for other dogs to find and understand that someone has already been there.

It serves as a visual display when other dogs are nearby. The other dogs might avoid them during the act or afterwards. However, the presence of urine or slashes will not stop them from approaching forever.

Dogs may also kick their feet after they poop because they want to try and bury their waste. This is a behaviour you will often see in cats. Occasionally, a dog may actually try to bury their faeces if they feel threatened and are trying to hide their presence.

Kicking after pooping is another way they try to send messages to other dogs. They are combining the smell of their urine along with the pheromones emanating from their feet glands to create a single strong scent. The kicking motion helps spread this scent

Dogs have sweat glands on their pads or sebaceous glands in the fur between their toes. They let out the pheromones responsible for triggering communication with other dogs.

You may notice their paws have a specific smell that doesn’t indicate they need a bath or grooming. The scent exists because your pup might have stimulated the pads on their paws, recently. They wanted to spread the scent by producing the pheromones.

Some dogs dislike keeping their paws dirty. So, when they get dirt or debris on them after pooping they may be kicking to wipe the dirt to get rid of it. 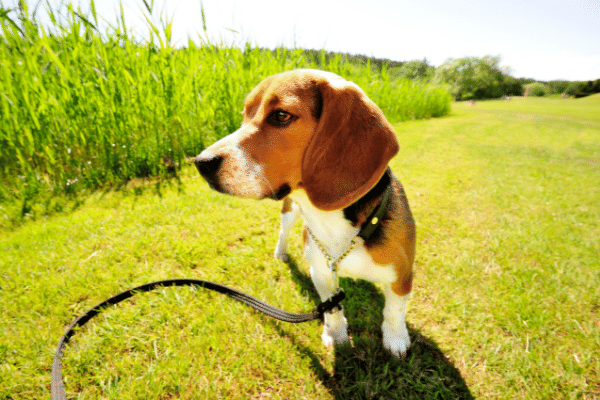 Not all dogs will display this behaviour but it is completely normal. Kicking the hind legs after pooping or peeing is known as ground scratching, which has been deemed as a “composite signal” that involves visual and chemical elements of communication.

This behaviour has been seen in dogs, wolves, and coyotes.

Ground scratching might be just another way for a dog to notify others of their own presence, instead of using some aggressive way to warn other dogs to keep off. It might reduce the chances of them meeting in the same area.

It’s why you might see your dog pee on top of another dog’s pee so that they can hide the scent of the first one or make theirs more known.

When does kicking become a problem? 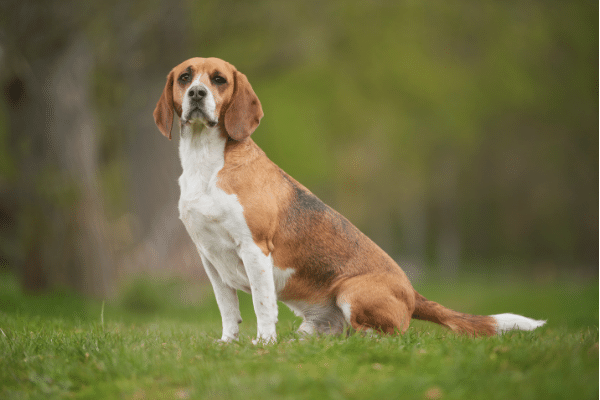 Dogs kick grass and it’s very natural but they also end up doing the same on other surfaces like kitchen tiles, concrete, carpets, the sofa or a well-maintained lawn. Although it can cause damage to your things, it can also be harmful to your dog if they continue o kick repeatedly on rough surfaces.

If you observe your pup engaging in this behaviour often then you need to check if their pads are injured on the bottom of their paws. Pads can become sore, damaged and even lead to cracking or bleeding.

You may need to stop this before it develops into aggressive behaviour or develops into anxiety. You need to find out why they are doing it-maybe it is the presence of a new puppy or they still haven’t got the hang of the new place.

How to stop dogs from kicking up?

Many dog owners won’t appreciate the damage the kicking causes to their landscaping. You may be constantly annoyed to see that your dog has unintentionally tried to ruin your garden or backyard by kicking its legs.

Keep in mind that your dog does it unconsciously, so this is not an easy habit to try and stop.

Your dog can learn and master some basic commands such as sit, come, down, and stay that can help you manage their behaviour.

You need to be aware when your dog is about to strike. The next time they go out to pee or poop or you anticipate they will kick the grass, go along with them. However, don’t stalk or be obvious about following them. That can make your dog uncomfortable.

You need to observe their pattern of pooping-when they go and how they move. This way you can be ready to interfere.

You can also use a leash to lightly jerk them when you think they are ready to start kicking.

2. Bring a toy or a treat with you

Keep your dog’s favorite toy or treat ready whenever you think they are going to poop.

You’ll need them to distract your dog before they start kicking or to reward them when they listen to you. Bring their favorite chew toys or offer to play fetch to distract them.

3. Distract your dog before they kick

Since this is a subconscious habit, you need to offer them something equally enticing. Be ready to call your dog to come to play with you as soon they finish pooping. Grab their attention by showing them their favorite toy or treat. Remember you have to do this right after they poop or pee and before they start to kick.

Dogs have certain tells for when they are about to pee. For example, sniffing and circling the area before they settle to do their business. So,  your timing needs to be perfect. You have to be patient when you work with them.

This is hard work. Therefore, you need to interrupt them reasonably and try not to make it harder for yourself as well. Be ready with a plan and a backup plan to interrupt their kicking action.

Try to replace their kicking with other actions like spin, jump, tug or give-five.

Keep in mind that redirection and positive reinforcement are the keys to getting them to stop a particular behaviour.

4. Train them to pee in a place

You can also try to train them to pee somewhere new or outdoors instead of in the backyard or garden. After you walk around the area for some time, your dog will eventually pee or poop there. Remember to reward them with treats or extra playtime when they do.

Repeat this many times and they will begin to favor this area over your yard.

Assign an area for your dog to go potty to prevent them from using the nice grass. You can also make a separate place in your yard where they use only that section to poop and pee. This way your dog gets to use the bathroom in their way and you get to enjoy a yard or garden that isn’t ruined.

There are many reasons your dog kicks grass after pooping and peeing. They probably want to mark their territory and communicate with other dogs. Overall, this is normal behaviour.

However, it can pose a problem to your property. So, you can train them to pee in a specific area, distract them with a toy or a treat.

Since this is their instinct, you should never punish them for kicking for they might be afraid of pooping at all. This will break the bond you have with them. Be patient and observant.

Tell us your dog stories in the comments below.