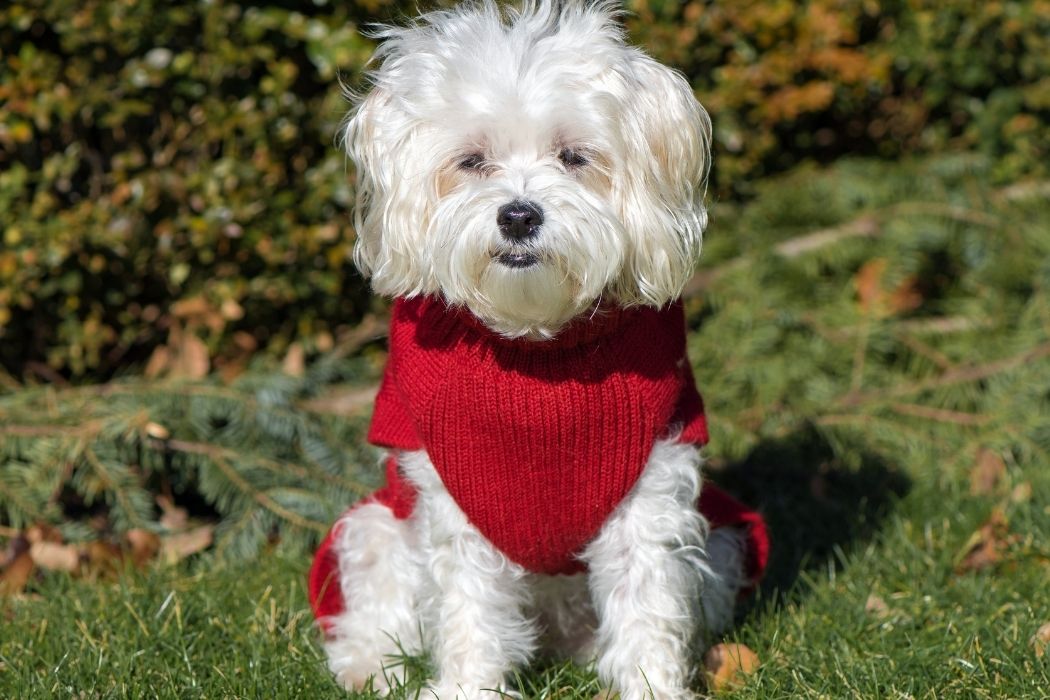 Beagles are among the most popular dog breeds among first-time pet owners and those who already own dogs. Although this breed is trendy, only a few individuals are familiar with its history. These breeds are not only well-known, but they are also an excellent choice for people who lead an active lifestyle.

Today, we’ll get you even closer to your Beagle by providing you with detailed information about this adorable bundle of joy. So, without further ado, let’s get moving! 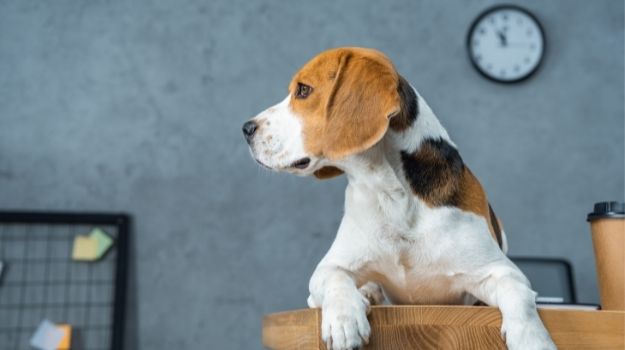 There is no surprise that Beagle is one of the most popular breeds of dogs worldwide. According to AKC Beagle is the seventh most popular dog in America. The Beagle is a tiny, hardy dog breed that was bred specifically for rabbit hunting and was known as ‘pocket beagles’ because it hunted in huge packs of dogs.

Due to their stubborn attitude, hunters’ instinct, and highly energetic intensity, it became quite difficult for breeders to teach these cute little canines. Talking of their appearance, beagles have a short double coat and long silky floppy ears.

Beagles are very friendly, playful, energetic, intelligent, and affectionate. They may look very small to you, but they can make you tired by running around them in no time with their intense energy level.

What is the Origin of the Word Beagle?

The word “Beagle” is thought to have come from the French “begueule,” which means “open throat” from Bayer and “mouth” from gueule, or the Gaelic word beag,” “little,” or from the German word beagle “to scold.”

Another theory is that the word beugler comes from the French verb beugler, which means “to bellow.”

As far as we go in history, beagles are one of the oldest dog breeds. Though it is difficult to pinpoint the exact origin of the Beagle, we do know that they most probably lived in England. It is a scent hound that resembles the larger Foxhound in appearance.

Beagles were small at King Henry VIII and were carried to the field in hunters’ sleeves or saddlebags. This smaller size eventually vanished, as most hunters found them too small to be helpful. Later on, with the rise of fox hunting, beagles became popular. With the formation of the Beagle Club in England in the late 1800s, the breed type was finally established.

Imports of Beagles began arriving in America in the years following the Civil War, and they quickly became popular among American rabbit hunters. Since then, the Beagle has always been a popular dog due to its small size, keen nose, and charming personality. They carry a good temper and don’t inherit any health-related diseases, making them perfect for any canine lover.

Beagle History: – Where did beagles come from?

If you ask any Beagle owner how they feel about their pup, they will answer with adjectives like loving, smart, affectionate, strong, and independent. But this isn’t enough, so we’ll have to go back in time to learn more about this tiny bundle of joy.

As we already mentioned, it’s unclear where Beagles originated, and while conducting research, it became quite evident that the origin of Beagle has quite contradictory views.

Though there’s not much evidence about it, if we go in the order of the origin of the Beagle, then it is suggested that the Beagle’s ancestors originated as early as the 5th century in ancient Greece. Small-sized beagles were usually used for hunting at that time.

Moving forward, the next is the Talbot Hound. They existed in Normandy in the 8th century and were ancestors of the contemporary Beagle and coonhound.

The Talbot was a slow but thorough scent hound associated with the bloodhound and was assumed to have been subsumed into that breed over time. However, due to a lack of use and proper conservation, the Talbot Hounds gradually disappeared by the end of the 18th century. People became less concerned about these dogs as the use of other dog breeds for hunting increased.

According to popular belief, the North Country Beagle evolved largely from dogs imported from France by Norman Conquerors in 1066. This breed became quite popular during 18-19 century in England, but soon in the following century, they excited. The North Country Beagle is now extinct, and there are very few records of this breed because it existed before there was any record-keeping system for dog breeding.

The Southern Hound is one of the oldest breeds of British Scent dogs commonly found in the southern part of the River Trent. They were first thought to have appeared in the mid-11th century. It was believed that the Norman armies brought these dogs to England in 1066.

Moreover, according to some theories, the Southern Hounds are the product of a mix between local English hounds and canines introduced from France by the Normans. 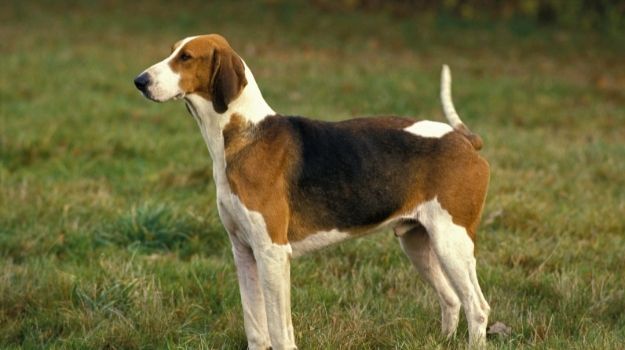 The North country Beagles and Southern Hounds were decent dogs for hunting, but their slowness made it unsuitable for hunting foxes and other fast-running animals, which were quite popular during that time. As a result, people began to hunt with other dogs.

The English Foxhound emerged from the decline of those breeds. The high stamina and exceptional sense of smell of the Foxhound are what made them popular among hunters. 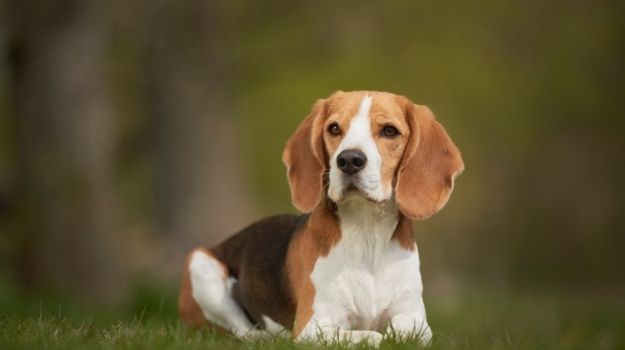 At last, we have the Beagle; with so many evolutions in history, now we have this cute dog breed owned by most pet parents. After the previous versions of the Beagle started to become extinct, the modern Beagle emerged in the mid-1800.

Beagle was trained in medieval England to chase down hares, and it is calm, intelligent, and lovely. A small breed called a Pocket Beagle, similar to the modern-day form, was reported to be owned by Queen Elizabeth I.

You can find the remaining information on Beagle through this post, as the entire post is entirely dedicated to these cute dog breeds.

What were beagles bred for in the first place?

As scent hounds, beagles were most likely bred to hunt small animals like rabbits in the wild. Beagles are small dogs with a sharp sense of smell and excellent tracking abilities that make them very useful in hunting.

Earlier, they were also known as pocket beagles because they could fit in the pockets of the hunters. Hence, hunters found them quite helpful when it came to hunting.

The arrival of Beagle in the US

Another theory holds that in the nineteenth century, General Richard Rowett, a notable political figure and animal breeder, pioneered the importance of the Beagle in the United States. He not only bred the 1889 Kentucky Derby winner, but he was also the first to establish a systematic breeding program for Beagles in the United States.

Later, in 1885, the American Kennel Club recognized the Beagle, and it quickly became one of the most popular dogs in the United States.

Is the Beagle a member of the hound family?

Hounds are a type of hunting dog, and as we look back in the history of the Beagle, it’s quite evident that Beagles were used for hunting small animals. Just like any other hound, beagles also use their keen sense of smell to track out prey, proving that the Beagle indeed is a member of the hound family.

In 1885, AKC recognized a beagle as a breed, ranking at 6th position out of 202 popular dog breeds. They also included an extended list of beagles of various shades and colors.

Here’s a list of beagle colors approved by AKC:

List of Beagles according to their Markings recognized by AKC

So, we’ve arrived at the ending!

Now you know where your notorious small dog came from and what purpose he served in history. Beagles have come to live with us at our home from a dog used for hunting small animals and won our hearts with their tiny nose and cute paws.

That was all we had to say about these lovely hounds; we hope you found this post not only informative but also entertaining. So, if you have any thoughts on it, please share them in the comments section!