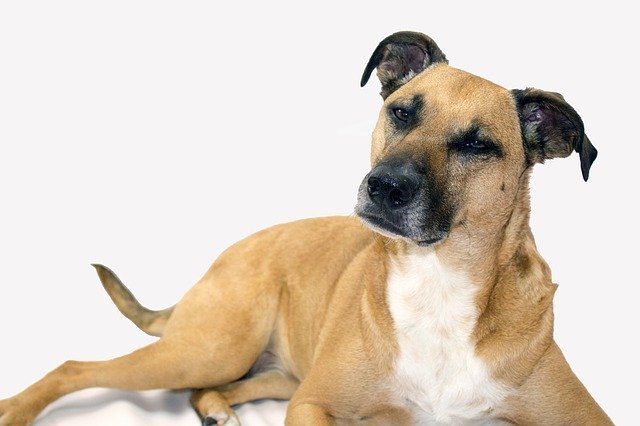 Are you looking for a pup that is powerful, protective, agile, and people-friendly at the same time?

It may not be easy to look for a puppy that is both cuddly and protective at the same time, but have you given a thought about bringing home a Mountain cur Pitbull mix? It is a crossbreed resulting from the breeding of Cur and the Pitbull. This breed is gaining popularity among the designer breeders and is popularly known as Cur Pitbull.

A complete package in itself, this little canine will protect you to death as it comes from two dominant lineages of dogs, which have spent generations protecting their owners. Not only is Cur Pitbull known for its agility, but it is also people-friendly and loves to please the owner. It is loyal and shares an unbreakable bond with its owner. These dogs keep surprising you through the day. Not only are they playful and witty, but they also keep you engaged in their fun activities throughout the day!

Curious to know more about this pooch? Here are all the answers you need to make up your mind about your new family member.

Are you curious about the breed now? Let us help you further by taking you through some fun facts about the Mountain Cur Pitbull mix:

About the Cur Pitbull Mix:

The Cur Pitbull Mix is the result of crossbreeding between the Cur and American Pitbull. The breed also has an acknowledgment by the Dog Registry of America, Inc.

Despite being the rarest crossbreed, the dog has the combination of the best traits from its parent breeds. Your puppy will exhibit a wide variety of characteristics like high energy levels, faithfulness, love, high intelligence, and playfulness.

Knowing about these traits will make it easier for you to train them with order and obedience.

Though it is not easy to predict the personality of a Cur Pitbull Mix, we can get an idea by having a look at the parent dogs and observing their behaviour.

Your dog comes from a lineage of Pitbull and Cur that are medium to large build dogs, and it is entirely predictable that the Cur Pitbull will also be of a similar build.

The temperament of your dog depends highly on the dominant genes. The Cur Pitbull is an enthusiastic and eager-to-please dog that can also turn into an aggressive and bossy canine when its energy remains stagnant. But, your dog can be a great companion for hiking, running, and playing if it gets its training right.

The appearance of Cur Pitbull Mix:

As the parents of the Cur Pitbull are agile and have a broad and bold personality, the offspring is more likely to be of the same size as that of the parents. The genes inherited by the Cur Pitbull will result in its height of 18-26 inches at the shoulder and will weigh around 30-60 lbs.

The Cur Pitbull has a large, muscular body with a natural short neck and has small ears like that of the Pitbull parent. These dogs have long legs and healthy paws, making them a perfect companion for a hike.

These pups have low set tails that are short and bobbed or sometimes of a medium-length.

These dogs can have almond-shaped eyes in different shades of brown, ranging from dark to amber, and have a dark nose.

As both the parent dogs have a full broadhead, the Cur Pitbull pups are born with a similar shape of the head that makes them look cute.

The Cur Pitbull is a well-muscled rugged dog whose coat comes in several colors and shades, generally all shades of Red, fawn, brown, brindle, yellow, and buckskinned combined with white.

The American Pitbull Terrier has short fur while the Mountain Cur has a heavy topcoat that is small and thick with an undercoat that provides insulation. It is natural for the Cur Pitbull to have a short, rough fur that makes it tolerant of both hot and cold weather.

You know by now that the Cur Pitbull is a mixed breed that is the offspring of a Mountain Cur dog with an American Pitbull Terrier.

These dogs are highly energetic, active, and protect and love to please their owners.

The history of these dogs goes back to a few decades when the designer breeders intentionally developed new breeds to gain popularity among dog lovers and also for them to serve a better purpose.

The history of the American Pitbull terrier dates back to the 1800s in the United Kingdom. Originally coming from old English bulldogs, the Pitbull dogs were a part of cruel blood sports such as bull-baiting. As these dogs were best suited for this brutal sport, they came to be known as bulldogs.

It was not until 1835 that the British Parliament stopped and prohibited this cruel sport, thus saving much of the horror for this breed. Unfortunately, incidents still came into the picture when the promoters of bullfights started earning profit in a new way by promoting dog fights.

As the breeders had an intention to breed a dog that would have more aggressiveness and would have a higher drive to seek prey, they started cross breeding Bulldogs with other prominent terriers. Thus came into being the American Pitbull Terrier that is a product of English and Irish dogs that arrived in the United States by the 19th century.

The 19th century was a much better century for these dogs as they received better treatment and served as cattle dogs. They protected the cattle and were used to catch pigs.

However, the American Kennel Club has not recognized the Pitbull Terrier. Also, there is a misconception of these dogs being a part of criminal activities and attacks. So, many countries, including the United Kingdom, have banned the American Pitbull Terriers.

It is time that people get aware of how confident and protective the Pitbulls are. They only turn aggressive when they sense danger or don’t have the appropriate training.

The Mountain Cur has had a significant history in the US. The word Cur refers to working dogs that protect and guard their owner’s property and help in hunting.

Long ago, this breed was essential to the early frontier people who were settling in the southern mountains of the US.

These dogs were known for protecting the family and property from wild animals. These dogs are great hunters and helped the owners hunt squirrels, raccoons, and other small animals.

The Cur dogs were considered so valuable and vital to survival that when these frontiersmen shifted to a new settlement, they got along the puppies in their wagons and saddlebags.

In the late 1940s, when the people from Southern mountains moved to the cities for jobs, these dogs started declining in number.

Thus came the Cur Pitbull, which is now a popular crossbreed, making its way into people’s hearts.

Mountain Cur Pitbull Mix is an independent and playful dog. Although these are very loving and adorable, they can sometimes be uneasy around visitors. They are not the type of dogs that demand attention or affection, and so they may not be so fond of children, but they will get along with them. Mountain Cur Pitbull Mix must be trained in an early stage to ensure that the puppies get along with their owners and remain obedient to them.

Care of The The Mountain Cur Pitbull Mix:

The set of traits that the Cur Pitbull inherits makes it a playful, energetic, and arrogant puppy.

These dogs are sturdy, energetic, agile, and have a dominant nature in them. These dogs must be trained at an early stage so that their inherent nature does not pose a problem to you.

The Cur Pitbull will not need much grooming because of the fur that it inherits from its parent dogs. Here is a list of specific grooming requirements that your dog may need for a healthy lifestyle:

Coming from the family of the Mountain Cur and the Pitbull, the Cur Pitbull dogs also face the same health issues as their parents.

Dogs are prone to specific health issues, and such a time can be quite distressing. Owners must provide their pets with enough mental support as they will need it in the treatment.

Here are some of the health issues that the Mountain Cur Pitbull Mix may be prone to:

However, certain genetic disorders need attention and care. It is best to have regular veterinary check ups for the diagnosis of the thyroid and congenital heart defects. Occasional health checkups such as eye examinations, dental checkups, blood tests, X-rays, and checkups of hips and elbows are crucial for your puppy.

Your puppy can suffer from skin allergies caused by fleas and disorders due to food allergies.

As obesity is a common problem among dogs, you need to take care of the food intake of your puppy.

The Mountain Cur Pitbull Mix Puppy cost around $400-$2000, cost of the puppies can vary from location to location, you are looking for more options in the same budget then you can opt for Pit Boodle, Corgi Pitbull mix and shar-pei pitbull mix

If you are an experienced dog owner and have an active lifestyle, this dog is perfect for you. However, these puppies cannot be left alone for a long time and need specific training and monitoring of behaviour.

These dogs may be antisocial in the beginning, but when they receive proper training, they will start to socialize and will get along with other children and pets.

You just have to be sure of giving your puppy a proper diet, attention, enough exercise, and lots of love, and you will have the most loyal dog ever.

We hope this article helped you know if the Cur Pitbull is the one for you.