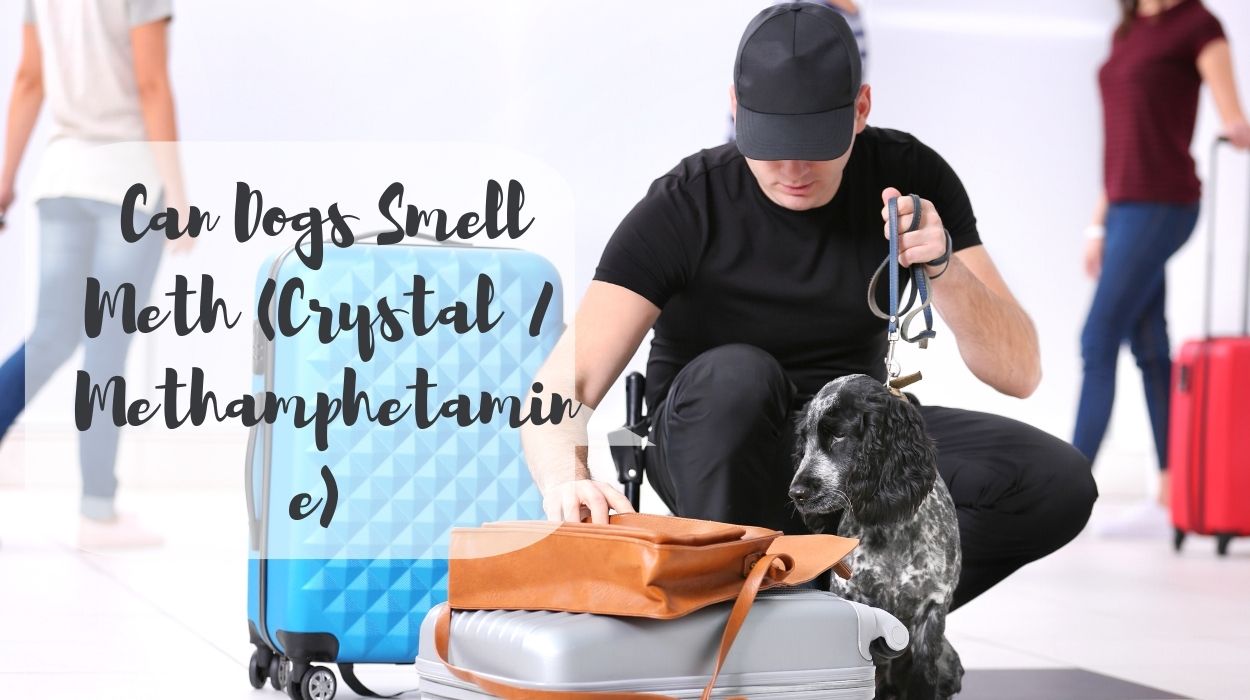 Did you know dogs were used for hunting and searching right from Roman times? And they were trained for specific missions during the war. Like for sentry, or patroling, as a messenger, or mine dog.

Well, what about drugs? Can dogs sniff meth, heroin, or any drug when they are working at the airport?

Are you curious to know about the answer? You are at the right place! In this article, we have explained what drugs can dog detect, which dogs are best sniffers, are odor-proof bags useful, and many more.

So, let’s cut the chase and know more. 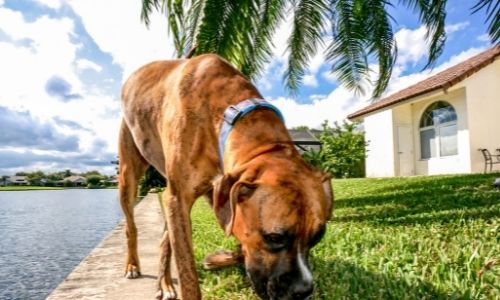 According to a study, “Dogs have smell receptors 10,000 times more accurate than humans”. This signifies strong smelling power and can even catch substances at one part per trillion concentrations.

When it comes to drugs like crystal or methamphetamine, dogs can detect the smell if they are trained well. Police dogs are well taught to detect explosives, narcotics, money, or even illegal objects.

However, even if they are not trained to detect drugs, they can still catch anything unusual and show the police the warning signs.

As discussed earlier, dogs can sniff and catch drugs’ smells. Likewise, they can also detect liquid meth. They have an intense nose that no one can beat.

In fact, there is even proof that dogs have detected more than $80million of liquid meth that was concealed in water bottles.

Methylphenidate is more generally known as the brand name Ritalin. It is another commonly used drug.

I’m not sure if police sniffer dogs can detect Ritalin unless they’ve been trained.

Are you wondering what all kinds of drugs can a dog catch? Well, let’s catch that in the next section!

What sort of drugs can a dog detect? 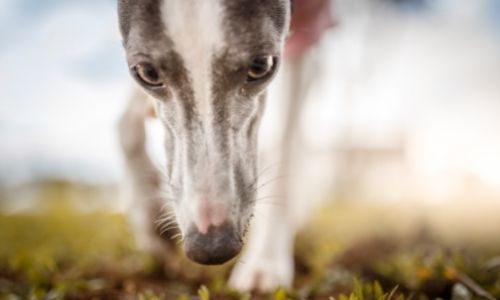 A sniffer canine can catch all sought of drugs like crystal, methamphetamine, liquid meth, ketamine, MDMA. They can detect all kinds of drugs.

In fact, some sniffer dogs are specially trained well to catch hardcore drugs like cocaine, heroin, and ecstasy.

Here we have jotted all the list of drugs that a sniffer dog can catch. So let’s get started.

MDMA: is a stimulant drug that can cause hallucinations.

Ketamine: It is a type of drug that was first used as an animal drug, later used for medical purposes for humans. And drug dogs can catch the smell of liquid ketamine.

Marijuana or weed: Did you know a sniffer dog can catch the smell of cannabis seed from 15 feet away? Moreover, they can easily catch clothes with marijuana residue from drugs smoked two nights before.

Heroin: It’s an opioid medication derived from morphine, a naturally occurring chemical found in the seedpods of Asian poppy plants.

Cocaine HCL: Dogs can catch this drug and can even be poisoned after 30 minutes of inhalation. Their heart and body are affected the most.

Crack Cocaine: Normal cocaine is a powder of hydrochloride salt, whereas crack cocaine is a combination of cocaine, water, and sodium bicarbonate.

Opioids: It is a classic drug that is used for medical purposes like healing severe headaches. But, overdose can cause a slow breathing rate and also lead to death. It risks dependence and addiction.

And, canines can sniff and catch this drug.

K2/ spice: It is a synthetic cannabinoid. These are artificial chemicals that can modify a human’s mental state, says National Institute on Drug Abuse.

Xanax: It is in the benzodiazepine class of drugs, which work to calm the brain and nerves (central nervous system). It is legal and used for reducing anxiety and panic disorder.

Adderall: It includes a blend of amphetamine and dextroamphetamine. Works on the brain and nerves that used to work on hyperactivity and impulse control.

Next, we have an illegal street drug, LSD, that dogs can easily sniff and catch.

Lysergic Acid Diethylamide (LSD) can be injected or snorted and cause severe hallucinations.

Fentanyl: It is used to reduce the pain of cancer patients. It’s a synthetic opioid with a potency of 80-100 times that of morphine.

However, it is legal and illegal both. Illegally it is used to improve performances.

It should be used for a short period when it is used as medicine. Prolonged use of this drug can lead to addiction.

Are you wondering what about odor-proof bags? In many movies, canines are unable to detect the odor of drugs at the airport checking. In the next section, you will receive an answer.

Can dogs detect the smell of drugs from odor-proof bags?

Generally, dogs cannot detect the smell of the drugs from odor-proof bags but, it also depends on the quality of the plastic.

If it is porous and has microscopic holes, then it is easy for trained dogs to detect the smell.

Even if you have appropriately sealed the bag with a vacuum, dogs can still sniff the odor.

Did you know dogs can even sniff cells of cancer in your body through blood?

As a result, dogs have super smell glands and, if properly trained, can detect any substance.

Sometimes when thieves are caught with drugs, despite utilizing odor-proof bags, it is because of the supplier. They often offer low-quality bags.

How are dogs trained? 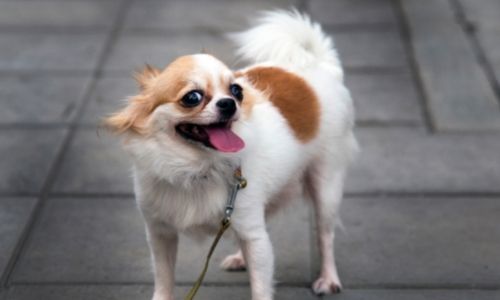 The search for selecting drug dogs starts from the beginning when dogs are young, around 6-8 weeks old.

Some puppies are picked for serving the nation. They are chosen for military, security, and police force use.

It’s not hard to figure out which canines aren’t made out for the detection lifestyle.

The trainer uses positive reinforcement tricks to teach a dog how to detect the smell of illicit substances.

They are given a treat or a toy as a reward. Thus, it becomes easy for dogs to associate the smell of drugs with a positive thing. And, they will happily look for the smell everywhere.

While training, the trainer can use a little drug as a sample for the dog to detect the drug.

But, he must have the license for that, and it should be certified by the organization.

There are other options also available for detecting the smell. They can be the same resembling smell substance for that.

Well, there are two methods of detection.

In the first method, the dog is trained to sit down or lie down once he has detected the smell.

In the second method, the dog is trained to give feedback through pawing digging the spot without destroying the property.

Handlers prefer passive alerts because they offer less of a hazard to property and goods.

The science behind drug sniffer dogs

We know a lot about why dogs are so much better at detecting narcotics with just their noses than people because of their incredible sense of smell, which is why it has been the focus of much scientific investigation.

Dog use their wet nose to inhale the scent and breathe out through the other slits of the nose, this aids in collecting fresh air through nostrils.

Breeds like Bloodhounds have excellent sniffing power. They are especially known for detecting smell traits. They have large ears like brooms, push scents upwards and into their nostrils.

When the odor enters the dog’s nostril, it gets into contact with various tissues inside the nose. Dog use one channel for breathing and another for detecting smell.

Now comes the fascinating aspect of canines, where you will be astounded to learn that, in comparison to humans, dogs have 300 million olfactory receptors, while humans only have 6 million.

This means dogs have a 40 times better sense of smell than us humans, so they are accurate and better than us.

Which dog breeds are good at detecting smell? 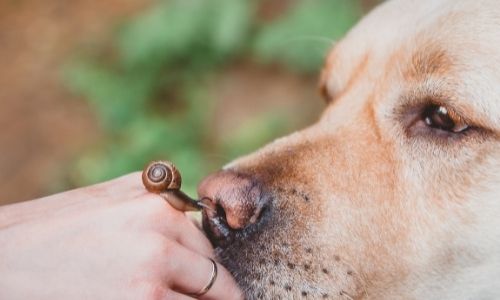 15 dog breeds can quickly detect drugs nearby your area.

These breeds are experts in sniffing out narcotics using tracking methods. And, they have good social interaction ability, which makes it easier for handlers.

These breeds work great under stressful situations. They are always ready to work in the field and frequently do both patrol and drug detection duties.

These super-smart dog breeds are blessed with highly strong sniffing power. Whether it is your food or drug, his nose knows everything.

These breeds are real high-drive, high-energy dogs. These are not aggressive. They solely work for police departments to smell out narcotics and explosives.

This breed is the heir of the Roman military dog. They have significant potential as narcotics dogs as they have brave and robust personalities. These breeds are ideal for guarding and patrolling.

Although they are the small size dog on this list, they are the finest tracker. They were gun dogs. These breeds have solid smelling power, which makes them robust hunters.

You may find them on duty at airports or harbors. When it comes to defending the country against illegal substances from abroad, these dogs are first in line.

They are a recent breed under the police scene category. These breeds are fearless, great trackers, and good sniffers.

If you have Giant Schnauzers, let me tell you something about them. They are quiet dogs but the most attentive breed under high tension situations, have cracked many cases of missing people and search and rescue operations.

Schnauzer is also outstanding at detecting bombs, narcotics, and suspect trackers. They are dedicated and loyal to the job.

They are great for suspecting, and hunting functions have worked for decades in the military.

These dog breeds have great physic.

These breeds are known for their loyalty and can be easily trained. They will give the best output in narcotics and bomb detection.

You might have even seen them working at the harbor and airport.

Boxers were frequently utilized to carry messages between troops. They have great energy and stimulation, so they are excellent at detection.

They have a big nose that helps them perform best at sniffing drugs and explosions. These breeds could also assist in detecting human remains and even counterfeit money.

We have already mentioned them in the earlier section. They have a huge nose and robust smelling power, are fabulous at hunting, and are great companions to the police workforce.

These cute small dog breeds are extremely fast in responding to stimuli. They’re frequently observed sniffing out bombs and narcotics in airports.

These dogs are smart and intelligent. If you train them well, they can quickly learn things, making them the best sniffers. They are great at searching and rescuing operations to narcotics.

So, these were the list of all dog who is excellent at detecting drugs and bomb explosive stuff. You will find them doing their best with the police and the military.

Dogs can detect various drugs from heroin, meth, cannabis to hardcore ecstasy and crack cocaine. Their noses function 40 times better than us. This is because they have 3000 million receptors.

If you know of any other dog breeds that are the best at detecting narcotics, mention them below in the comment section.