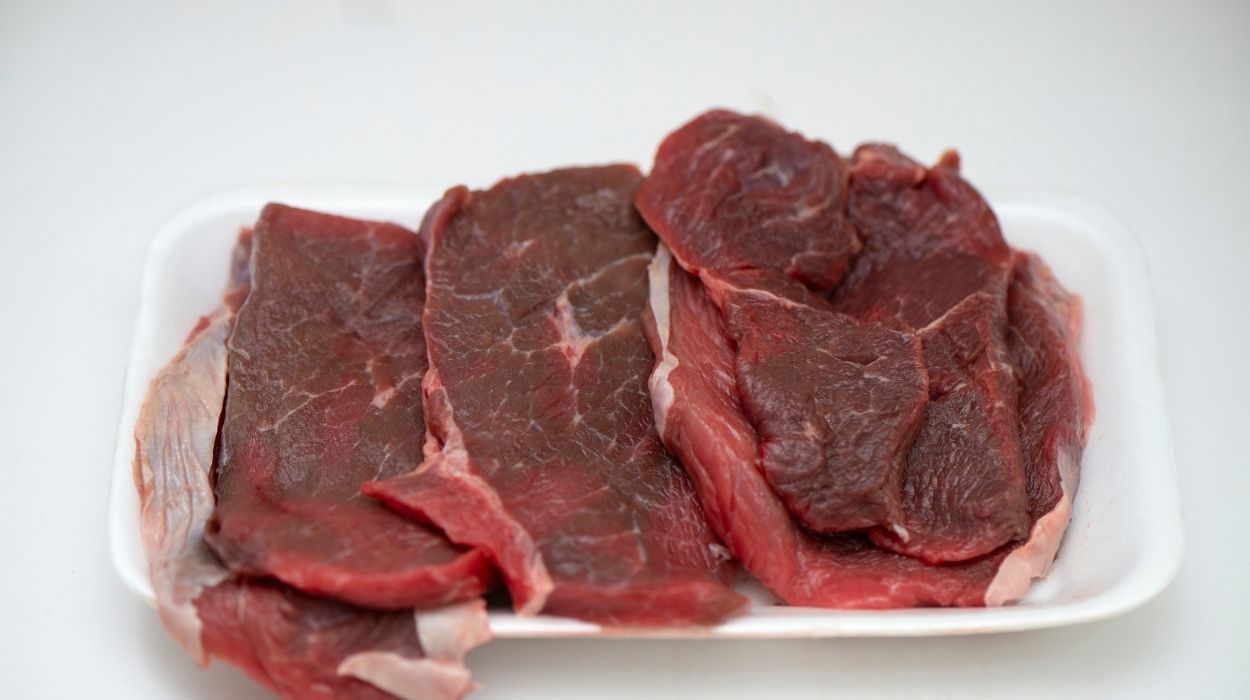 Most people think that dogs can eat everything, given that they belong to the family of wolves and are scavengers. It might be accurate, but only partially.

Are you one of those people who feed the leftover rotten meat to your dog? Do you also think that dogs can easily digest rotten meat?

If yes, you should encounter the reality and read on! There’s a lot to learn about the the risks and the exposure to diseases rotten meat poses. 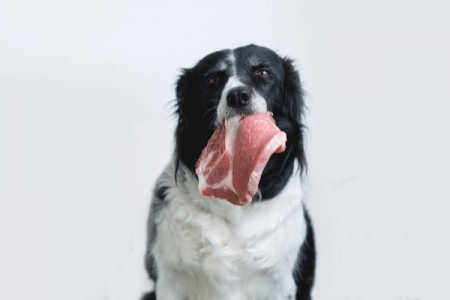 A wide majority of people believe that due to their highly acidic stomachs, dogs can eat literally everything. Because of this, they almost daily feed rotten meat to their dogs.

Although research has shown dogs are physiologically adapted to consume any kind of meat: raw, cooked, or rotten, we must not put garbage in their tummies. Dogs have a highly acidic stomach that can help them digest many things.

However, rotten meat can wreak havoc on their metabolism. Their digestive systems are short because food stays in them for a shorter period. However, the bacteria present in rotten meat rapidly divide to form colonies.

Can Your Dog Get Poisoning From Eating Rotten Meat? 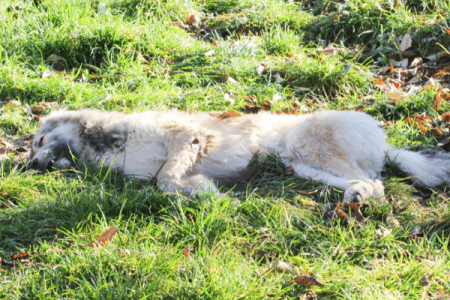 Yes, despite having acidic tummies, the pathogens lurking on the surface of rotten meat manage to survive inside dogs.

Bacteria in rotten meat is quite persistent and endures an environment as harsh and acidic as a dog’s digestive tract.

Although food poisoning is not as common in dogs as in human beings, it can be fatal for canines.

What Are The Adverse Effects Of Your Dog Eating Rotten Meat? 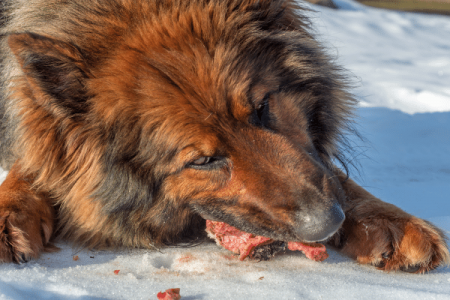 After consuming rotten meat, most dogs show symptoms of Botulism. However, that’s not the only kind of food poisoning a dog can get.

Starting with Botulism, it’s a sort of food poisoning in dogs is caused by a deadly bacteria known as Clostridium botulinum. This ailment starts to show symptoms a few hours after consuming the rotten meat and worsens with time.

Botulism weakens dogs’ limbs and is most likely to cause paralysis in different parts of their body. The bacteria present in rotten meat will lead to lousy health of your dog with the following symptoms of botulism:

The following symptoms of E. coli are observed in dogs after consumption of rotten meat:

The symptoms of food poisoning in dogs due to Campylobacter bacteria are as follows:

Diarrhea with mucus (may last up to one week)

Author’s Note: Some dogs do not suffer from campylobacter-induced food infections, while some require urgent medical attention.

What Happens If Your Dog Consumes Rotten Meat From Trash? 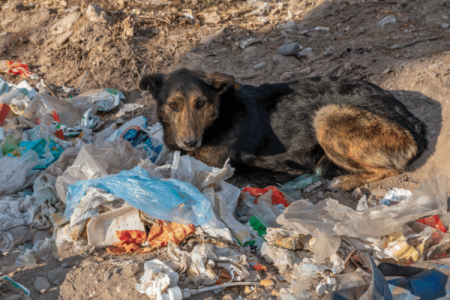 Suppose you are on an evening walk with your dog. You pull him tight while he is searching for something in the trash can of the alleyway.

It is most likely that they might end up eating something from it. If someone had chucked some rotten meat into this bin, chances are your four-legged pal has devoured some of it.

You must carefully monitor his health and bathroom routine for the next 24 hours in such cases. You should watch for signs of previously mentioned food infections and call your vet right away.

As a result of garbage toxicosis, runny stools and constant vomiting can drain the water and energy of your dog. This puts your pup at the risk of severe dehydration. Give him plenty of water to prevent this.

What To Do If Your Dog Has Eaten Rotten Meat?

In severe cases wherein there is a high frequency of vomiting and diarrhea, you must rush to your veterinarian.

Moreover, if the symptoms worsen, you should instantly take your canine companion to the ICU of a nearby hospital.

Q. Is it okay if your dog eats a small amount of rotten meat?

Yes, if your dog has consumed just a tiny piece of rotten meat, you need not worry. As mentioned before, a dog’s metabolism is strong enough to bear a tiny amount of rotten meat.

In addition, you should not worry if he has eaten a slice of meat that is merely a little over its expiration date. Unless it is moldy and smells foul, your pup should be just fine.

Q. Can your dog eat rotten but cooked meat?

No. A majority of people generally think that cooking rotten meat can kill the bacteria present. However, on the contrary, such bacteria can easily survive harsh environmental conditions and still harm your dog.

Remember: dogs are not lab animals that you can experiment with their tummies. You must not treat their digestive system as a wasteland.

Ethnographic evidence has proven that rotten meat could be very harmful to dogs. This has somewhat countered the theories that dogs can literally digest anything.

Even if you think that dogs in the wild would eat anything, don’t feed them even a single piece of rotten meat. Many people worldwide have tried feeding different kinds of rotten meat to their pets, and the results are unflattering.

Yes, we understand, but wild dogs don’t live as much as domestic doggos, do they?

We genuinely hope that this article will change your dog-feeding habits. Did the information mentioned in this article help in resolving your doubts? Feel free to share your thoughts and opinions in the comments!